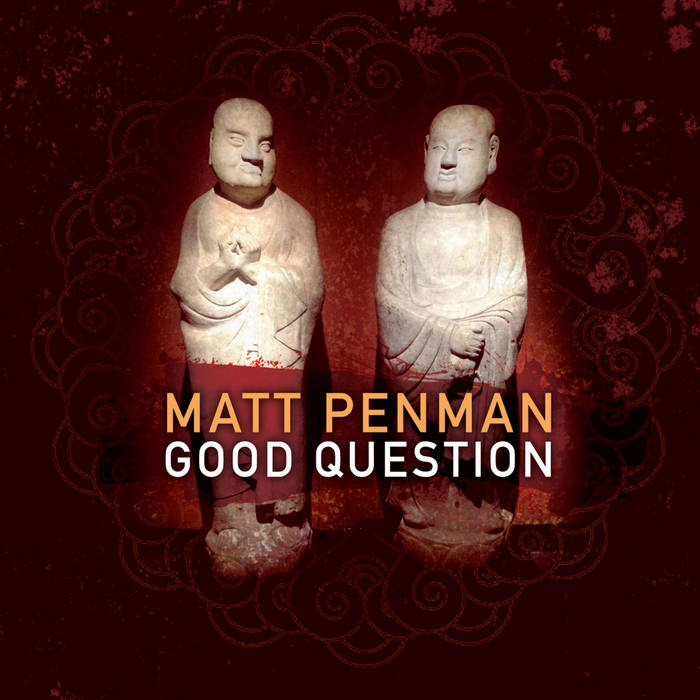 ronn branton The guys are always great to listen to and its nice to hear them together again. Excellent work.

mark foster Matt Penman composes as beautifully as he plays. I am a huge fan of all of the players on this recording. A special salute to Aaron Parks for his tasteful,nuanced playing. Good stuff here.

"The music on this recording is a series of musical questions I posed to my bandmates over two days, that I might get their input on a range of subjects that interest me. Much like having prescribed topics for conversation, I wrote these tunes in the hope of starting a dialogue that could provoke reactions, new angles and corollaries that were unforeseen, yet welcome. In fact all of the musicians on this album have their own points of view and a strong opinion, as well as a natural inclination to collaborate, and these are the reasons why I wanted to record with them. This is also why the musical discussion proved to be so rich and wide-ranging." – Matt Penman

Bassist/composer Matt Penman has spent much of the past decade developing and presenting music for the illustrious SFJazz Collective and the fantastic James Farm collective. That had left a gap between solo recordings that he felt it was time to abate. The result of his efforts are presented here on Good Question, a poignant recording of pieces meant to challenge, engage and entertain both its listeners and the musicians involved in its creation.

Originally from New Zealand, Penman, since his arrival in 1995, has been an essential voice in the musical landscape of New York. His experience in the States has provided him with both inspiration and exasperation. He has chosen to address his feelings as a part of his new music:

"There are a variety of musical moods and spaces, some written with these exact musicians in mind, some not; some written as a response to the cultural and political climate in the country I have chosen to make my home, and some as purely musical excavations. Overall, you could say that the album represents a general delight, bemusement, indictment and celebration of the American experiment through the eyes of a foreigner who has now lived more than half his life in the States."

The ensemble that Penman assembled features not only the top musicians in jazz but also his regular collaborators and friends, including saxophonist Mark Turner, pianist Aaron Parks and drummer Obed Calvaire. There are also guest appearances by guitarist Nir Felder, saxophonist Will Vinson and percussionist Rogerio Boccato.

Penman’s compositions are meant to stimulate the ensemble into reactions and conversations within their framework. The pieces either present musical puzzles or are think pieces for reflection on topics, mainly natural or political. The ensemble handled the task with aplomb over three days of recording at Brooklyn Recording during the spring and summer of 2017.

The recording begins with the shimmering “Mr. Right,” which poses questions of how much freedom is too much and do the boundaries of a closed song form encourage creativity? The challenge behind the deceptively difficult yet beautiful “Small Famous” is to make the tune’s complex harmonic form sound easily formulated. The quietly insistent “Fifths and Bayou” presents the players with defined phrase lengths and a set form with the hopes that they would transcend them, as does the soaring soprano saxophone of Will Vinson. A moving excursion on “Blues and the Alternative Truth” explores the many possibilities of the open space allowed by paring down the ensemble to a trio of piano, bass and drums. The exploratory “Cave Life” is about portraying a scene and creating a story about it, in this case spelunking.

“Ride the Paper Tiger” is an adventurous piece that provides ample opportunity to highlight the talents of the ensemble, including guest guitar slinger Nir Felder. On “Copeland,” Penman asks the ensemble to create an aural safe haven from the traumas of modern life, “a place for political refugees, PTSD sufferers, ex-White House staffers and anyone undergoing a tax audit.” The impressively wrought “Meats” is through composed with a little solo wriggle room given to drummer Calvaire. The concluding piece, “Big Tent, Little Tent,” is a grooving, easygoing composition that frees the ensemble as it closes out the set.

After posing his questions and framing his scenarios to his open-minded ensemble, Matt Penman has been awarded with a fascinating and moving recording in Good Question, knowing all along that there might not be any answers to his queries at all.

"'Good question' becomes a response when we don’t actually know the answer, but are willing to ponder further."

Bandcamp Daily  your guide to the world of Bandcamp